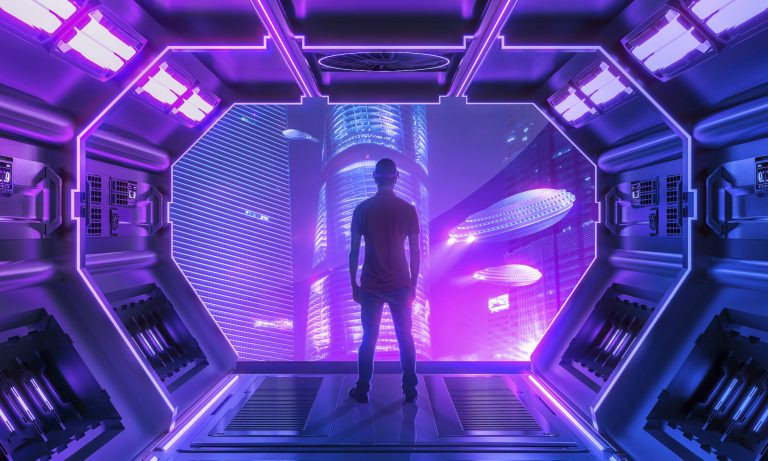 Web3, which is still a work in progress, gained popularity in 2021 and is still a hot topic this year. As NFTs, DeFi, cryptocurrency, and other blockchain-based applications gain popularity, more and more brands, businesses, and people are stepping into the Web3 realm. What are some of the leading Web3 businesses driving the Web3 revolution, then?

Web3 (also known as Web 3.0) is the upcoming version of the Internet that will be entirely decentralised. Gavin Wood, a co-founder of Ethereum, originally used the term in 2014. For context, Web 1.0, the original version of the Internet, simply permitted reading or viewing websites. Web2, on the other hand, is the internet as it is today, where we can communicate with one another through social media, develop audio and video streaming capabilities, and do much more.

Web2, however, is constrained by the fact that the web and, by extension, user data, are mostly in the hands of a small number of centralised tech firms. On the other hand, according to Ethereum, “Web3 embraces decentralisation and is being constructed, operated, and owned by its users. In short, “Web3 puts power in the hands of individuals rather than corporations.”

What is a Web3 company?

Although a formal definition of a Web3 firm is still lacking, there are a number of things that set it apart from a Web2 company. The firms prioritise decentralisation first. After that, they move back from customary data ownership procedures. To illustrate, the majority of Web3 businesses won’t request your personal information. Instead, all you need to do to log in to the platform is connect your cryptocurrency wallet. And finally, Web3 businesses concentrate on one or more Web3 technologies. This can be other blockchain-based technologies, machine learning, NFTs, cryptocurrency, or artificial intelligence.

Top Web3 companies you should know

After going over the fundamentals, let’s look at the top Web3 businesses for 2022 (in no particular order):

One. OpenSea
The most well-known NFT market is OpenSea. OpenSea is a non-custodial, peer-to-peer NFT marketplace that was established in 2017. Users can mint, purchase, sell, and view NFTs using this tool. No centralised organisation, at least theoretically, is in charge of the platform’s assets. OpenSea is frequently referred to as a “Web3 Amazon” due to the extensive selection of NFTs it provides. Given that it has generated almost to $32 billion in sales to date, it is currently the largest market ever (at the time of writing).

For Solana NFTs, Magic Eden is the top NFT marketplace. Magic Eden, a decentralised NFT market place on the Solana network, has an all-time trading volume of $1.6 billion. Users of the platform can produce, acquire, exchange, and trade NFTs, including virtual goods and gaming assets. According to reports, the platform controls over 90% of the secondary Solana NFT trade market.

Immutable, an Australian startup, was established in 2018. Immutable X, a top Layer 2 solution for NFTs that powers the newest Web3 games, is created by the business. Additionally, it is a platform that allows for gas-free minting and is carbon neutral. Animoca Brands supports Immutable, which has already raised $279.8 million in investment.

Web3 venture studio NFTY Labs is based in Miami, Florida. In essence, the business is concerned with “supporting and producing the products for tomorrow’s Web3”. NFTY Labs develops community-based tools, standards, and technology for NFTs, to put it briefly. In addition, it promotes cross-chain NFT standards and procedures.

Anand Agarawala and Jinha Lee founded Spatial in 2016 to assist brands and creators in creating their own metaverse locations, such as virtual art galleries. The Web3 company offers 3D, Virtual Reality (VR) rooms to help you create your own NFT or non-NFT art gallery. This company has a highly experienced team. Anyone can do this to show off 3D representations of their sculptures, pottery, moulds, paintings, and other creations in the metaverse.

Gary Vaynerchuk, often known as Gary Vee, is an entrepreneur and NFT enthusiast who founded the Web3 consulting firm Vayner3. The company collaborates with clients in the Web3 sector, including DAOs and virtual worlds. It intends to assist multinational corporations and owners of intellectual property on their Web3 journey. Gary Vee has changed the company’s name from VaynerNFT to Vayner3.

Sweet is an experience-driven NFT platform that offers collectibles and officially licenced NFTs from top teams, brands, and artists around the world. More precisely, the platform makes a variety of live events and professional sports more accessible to a large number of spectators. They have NFTs from the Australian Open, Arrow McLaren, Cleveland Cavaliers, and many other teams in their collections.

Exclusible is a curated NFT store that introduces luxury to the metaverse, to put it briefly. The site, which was established in 2021, offers NFTs from upscale manufacturers of supercars, watches, jewellery, and clothing. Exclusible also provides a variety of opulent penthouses, villas, private islands, and other amenities for usage in the virtual world.

Arianee, an NFT platform specialising in the fashion and luxury sectors, was established in 2017. For brands to enhance the digital value of their physical items, the company provides the open-source Arianee Protocol. Customers can access a variety of physical sensations using NFTs. The business has so far worked with many well-known international companies, such as Breitling, Vacheron Constantin, and Richemont. The company also completed a Series A financing in May of this year, raising €20 million.

A NFT platform called Autograph brings together some of the most recognisable names in sports, entertainment, and pop culture. Tom Brady, a football star, was a co-founder of the Los Angeles-based business. The platform has already made NFTs available from athletes including Simone Biles, Naomi Osaka, Wayne Gretzky, and Tiger Woods. It just introduced Signature Experiences, which offers VIP event access, limited-edition merchandise, carefully curated forums, and more.

Sorare, a fantasy soccer game that was founded in 2018, allows players to buy, sell, trade, and manage a virtual team using NFT player cards. Users are able to assemble five players into a team to compete in virtual tournaments using the Ethereum-based digital cards. Users can also receive weekly awards in ETH or uncommon cards. There are currently more than 280 football clubs in the game that have official licences.

One of the biggest and most established cryptocurrency exchanges in the world is Kraken. One of the top marketplaces to buy, sell, and exchange cryptocurrency was established in 2011. The company’s goal is to hasten the adoption of cryptocurrencies so that everyone can enjoy financial freedom. More than 8 million dealers, organisations, and authorities are active there at the moment. Additionally, it accepts more than 185 coins.

Ripple, with its headquarters in San Francisco, is a top supplier of cryptocurrency solutions for companies. Chris Larsen and Jed McCaleb started it in 2012. Ripple provides alternatives to traditional financial services that are quicker, more transparent, and more affordable by utilising cryptocurrency and blockchain technology. Customers may source cryptocurrency, enable rapid payments, empower their treasury, reduce capital requirements, and do many other things with its products.

Crypto.com, founded in Singapore, claims to be the world’s fastest-growing cryptocurrency app. The Web3 company, which was once known as Monaco, changed its name to Crypto.com in 2018. Over 50 million people are currently using the site to purchase and sell more than 250 cryptocurrencies. Additionally, it enables bank transfers and credit/debit cards for purchases in more than 20 fiat currencies.

Alchemy, a Web3 developer platform that enables businesses to create scalable decentralised applications, is last on the list of top Web3 firms. Alchemy actually underpins some of the most important NFT platforms and marketplaces. The company’s products are used by well-known Web3 projects including Cryptokitties, OpenSea, Ledger, Kyber, and others to maintain their infrastructure.

Benefits of working in Web3

Naturally, there is a rising demand for Web3 talent as Web3 companies expand. Additionally, there are numerous advantages to working in the industry. For instance, the majority of Web3 positions allow you to work remotely from the convenience of your home. In addition, Web3 offers something for most people. There are many chances in the business, whether you are interested in design, development, content creation, social media, or community management.

Additionally, compared to Web2 positions, the majority of Web3 jobs pay more. Additionally, you’ll be able to participate in exclusive communities and DAOs.

Other benefits of working in this sector include the opportunity to attend Web3 conferences and events throughout the world and the potential for NFT airdrops.

Check the websites of the Web3 businesses mentioned above if any of them catch your attention. We also offer a manual that details every aspect of job hunting on Web3.